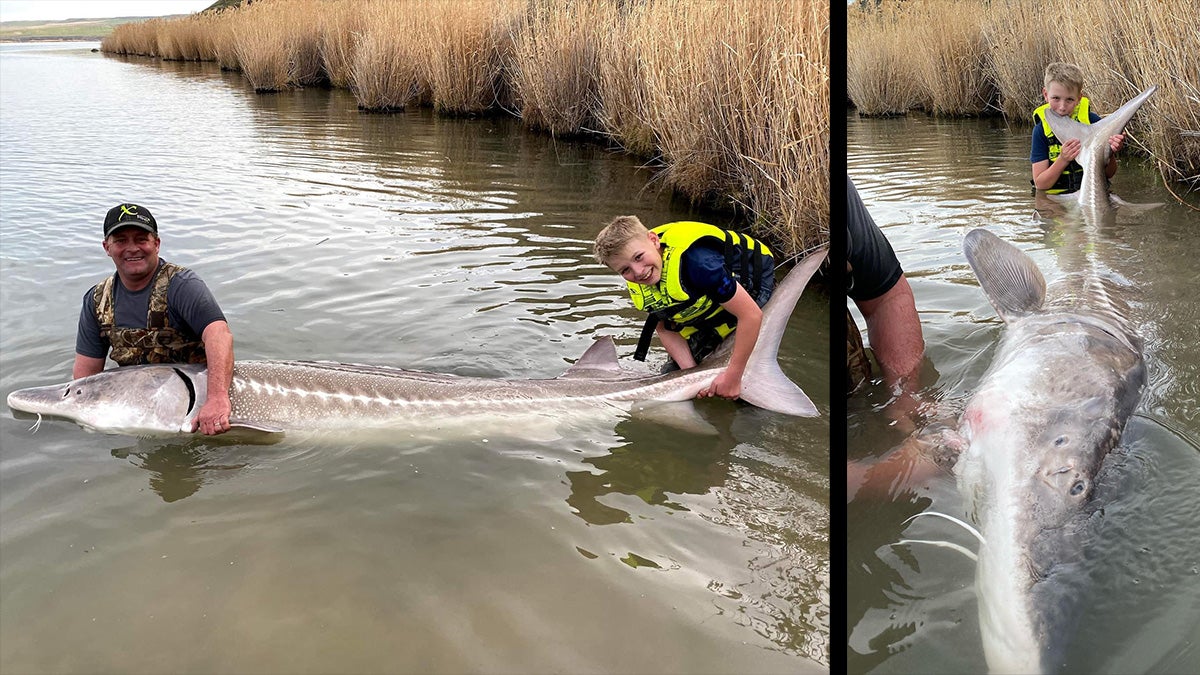 Twelve-year-old Tyler Grimshaw hooked into a 9-foot fish in Idaho on March 28. It took the young angler 50 minutes to land the sturgeon which, by state regulation, was quickly released. Grimshaw taped the fish at 9 feet, 11 inches and tied the state’s sturgeon catch-and-release record.

“I was excited,” Grimshaw told KTVB. “This fish was far bigger than anything I had seen before. I was at a loss for words.” Grimshaw was fishing with guide Joe Weisner of Jones Sport Fishing. Grimshaw’s dad was on board, but Grimshaw reeled in the fish by himself. The fight took about 50 minutes—and it paid off as the biggest catch of Grimshaw’s life.

“He was not giving up on it. He took the rod between his legs, and he basically was squatting on the rod, just using his own body weight for leverage,” Weisner said. “A fish of this caliber, I mean, it doesn’t come around very often. It’s an absolute giant.”

Grimshaw didn’t release the specific location of the giant catch, except that it was caught on the Snake River. The most well-known sturgeon fishing area on the river is Hells Canyon, which is on the Idaho-Oregon border. The Idaho Department of Fish and Game (IDFG) tags sturgeon in the Hells for population monitoring purposes. The agency has done this for 30 years, and the biggest sturgeon they’ve captured for research was a 10-foot, 8-inch fish that weighed 500 pounds. In the last three decades, IDFG researchers have handled 4,000 fish in Hells Canyon, but only 10 of them have exceeded the 10-foot mark. Another popular place for sturgeon fishing in Idaho is the C.J. Strike Reservoir, which is also on the Snake River, an hour south of Boise.

The white sturgeon is considered the largest freshwater fish in North America. The species is protected in Idaho, where they can be caught as a game fish in certain rivers, including the Snake, but must be released without being lifted out of the water, even for a photo.