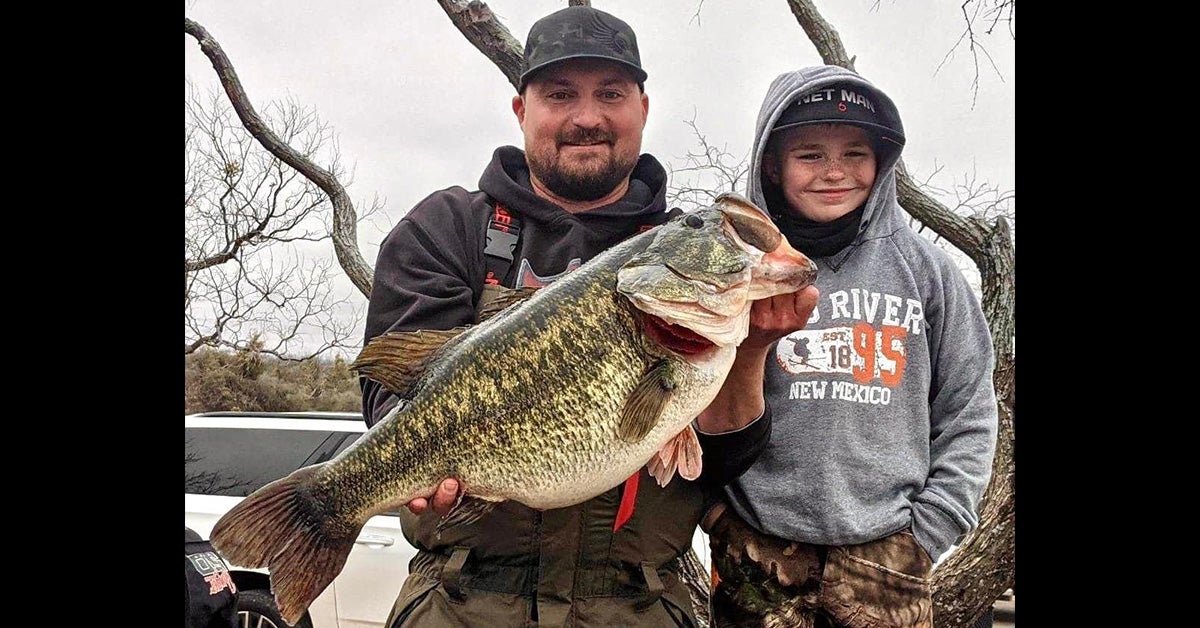 Brodey Davis of Oklahoma boated an absolutely giant largemouth bass while fishing Texas’s O.H. Ivie Lake on February 24, 2022. The lake has been yielding some whopper bass in recent years, but Davis’s fish takes the cake. His bass weighed 17.06 pounds, easily topping the previous all-tackle waterbody record, a 16.4-pounder caught by Joe McKay on February 19, 2021. The Texas Parks and Wildlife Toyota ShareLunker program, which collects large angler-caught bass to use for spawning, featured Davis’s fish in a Facebook post.

“Historic day! Angler Brodey Davis just weighed one of the largest Texas ShareLunkers to hit the scales in the past 30 years,” wrote the organization. “His 17.06 pound Legacy Class bass is the pending new lake record for O.H. Ivie and one of the top 10 Texas largemouth bass of all time. Wow!”

Local angler Josh Jones, a professional bass fisherman who recently became the first angler to submit 4 Legacy Class bass to the Sharelunker program, is buddies with Davis. Davis and Jones weren’t fishing together, but Jones was taking a lunch break and was on the phone with Davis when the huge bass struck. Jones later recorded the weigh-in of Davis’s monster bass in a Facebook Live video, which features some details about the incredible catch.

“For the record, I wasn’t even on Josh’s boat,” said Davis in the video. “[My son and I] drove down yesterday evening through the snow. It was worth it.”

“I’m good luck because it wasn’t until I called that you hooked it,” said Jones, jokingly. “This is the biggest bass I have ever seen. That is a freaking giant.” Davis’s largemouth is also one of the biggest bass ever caught in Lone Star State and stands to take the number seven spot on

Davis used a white 6th Sense Divine Swimbait on an Alabama Rig to catch the fish. As part of the ShareLunker Legacy Class program, Davis’s fish will be loaned to Texas Parks & Wildlife for selective breeding in the hopes that anglers in Texas will be able to catch even larger bass in the near future.