Home Fly Fishing F&S Fly of The Week: The Blowtorch 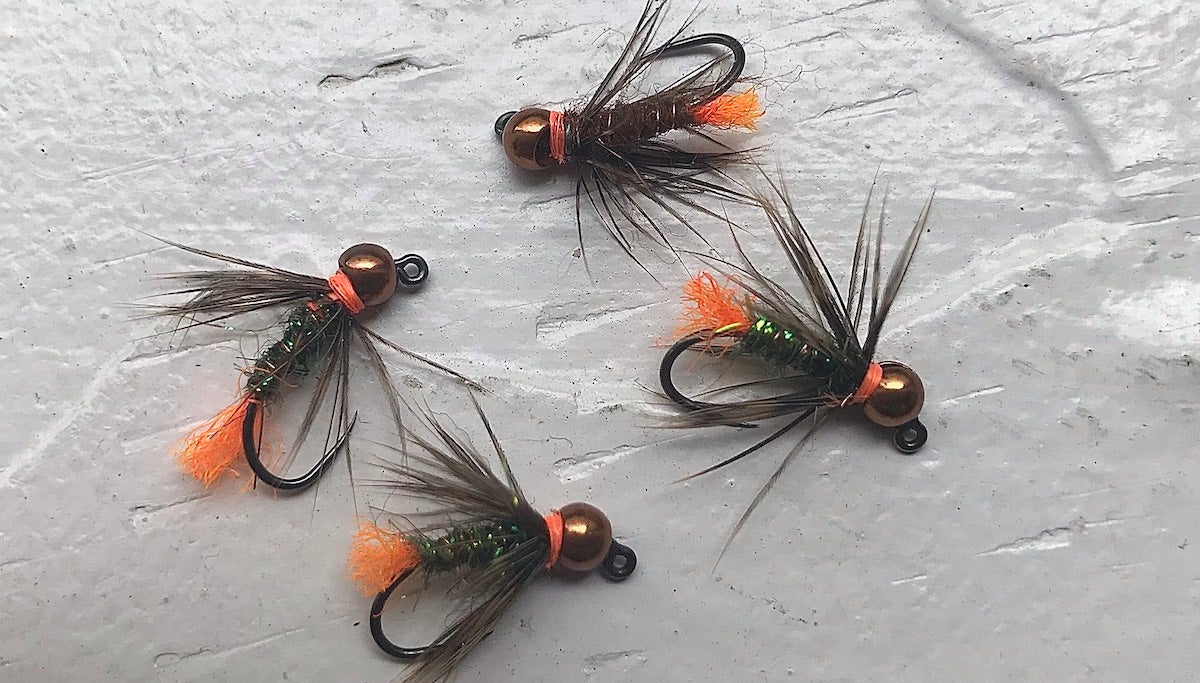 If Devin Olsen puts a fly in his Top 5, you would be well advised to do the same. Obsessed with fly-fishing since his first trout at age 9, Olsen has introduced fly-fishers to flies and concepts he learned about while competing in world championship tournaments—and competition anglers don’t waste their time on flies that don’t perform. The Blowtorch performs well and has been embraced by anglers over the past few years.

The signature of the Blowtorch is a bright tag at the rear of the body. Old-time wet flies often had a similar feature, and it probably performed the same function, serving as a hot spot that gets the trout’s attention. Like many of the Euro nymphing flies Olsen has done much to popularize, the Blowtorch also has a hot spot right behind the bead, made of bright tying thread.

The rest of the fly employs a conventional Euro nymph design, with a dubbed body, a rib, a couple turns of hen hackle, and a tungsten bead. The bead and lead or lead-substitute wire on the hook help the fly sink quickly, and the dressing—especially when using shiny dubbing—gets it noticed.

Olsen adapted the Blowtorch from one he first saw at the 2014 world championship in the Czech Republic. Like many modern nymphs, it doesn’t imitate a particular insect. “It has a more ‘pulling power’ than imitative nymphs, and it catches fish when they aren’t on the feed or willing to move far,” he reports on his site, Tactical Fly Fisher.

The style is adaptable to the tier’s preferences: you can use a different dubbing or rib, and the hot spot can be pink, chartreuse, or any fluorescent color. Devin’s original is tied on a jig hook, but a regular turned-down-eye will work too. The bead will ensure the fly rides with the hook point up.

Read Next: F&S Fly of The Week: The Pat’s Rubber Legs

The Blowtorch is a great tool for searching for trout at the bottoms of deep runs, along seams between fast and slow currents, in pockets and dark undercut banks, and anywhere else you think a trout may be hiding and picking off snacks that drift by.