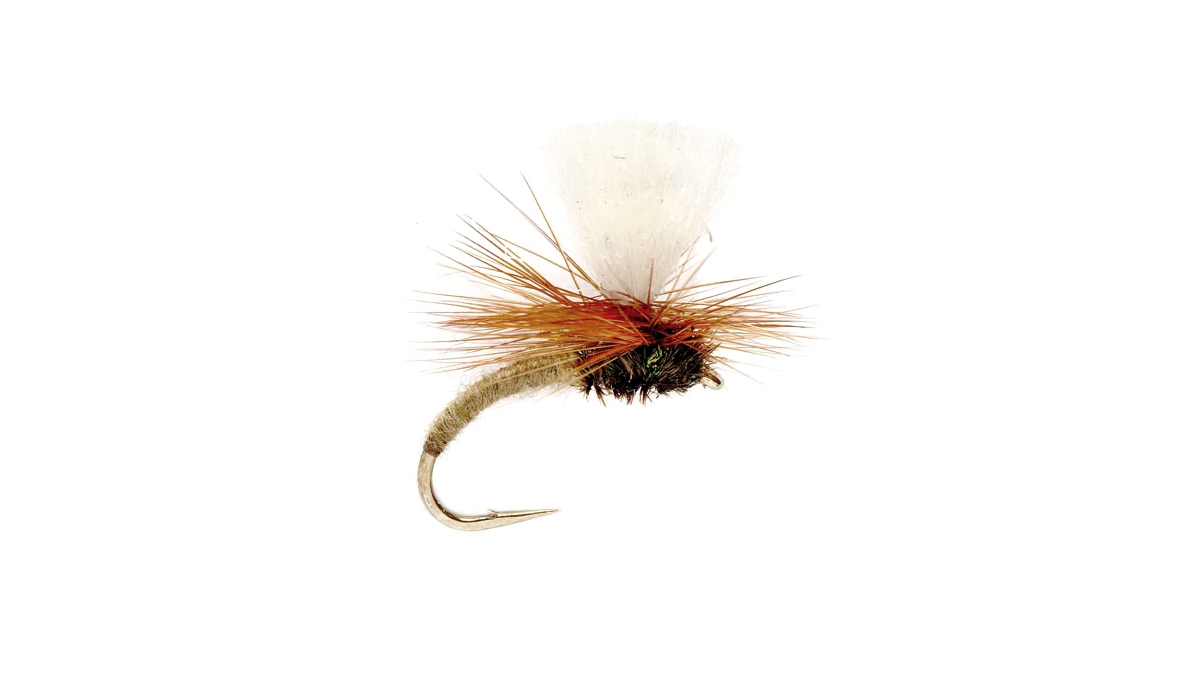 A strike at the surface is one of the most exciting moments in fishing. This is so true in fly-fishing that some anglers won’t fish with anything but floating flies. Going back to the mid-19th century, fly-fishers have devised flies that float with an almost religious zeal, obsessed with getting a trout to rise.

The Klinkhamer Special has gotten countless trout to rise, and floats as well as any dry fly pattern. But the important part of the Klink doesn’t float. It hangs below the surface, plainly visible to the fish.

Hans van Klinken devised the Klinkhamer 40 years to catch trout feeding on emerging caddisflies at the surface, but showing no interest in standard dry fly patterns. It’s been a spectacular success. Thanks to its upright wing post and horizontal parachute-style hackle, the Klink is easy to see on the water, so you’ll know whether your cast was on target and the fly is about to drift over a particular rising fish. But because it’s tied on a curved hook, the slender, tapered abdomen pokes downward through the surface, and looks like a real caddis or mayfly nymph struggling in the transition to winged adult.

This style of fly is kind of rare, compared to the vast number of flies designed to float on, not in, the surface. The Quigley Cripple, George Schlotter’s Vermont Caddis, and my personal favorite, the Bob Wyatt Deer Hair Emerger are among the few that work on the same principle as the Klink.

The visibility of the Klinkhamer’s underwater abdomen is the secret sauce. This style of fly has worked for me when trout were rising to dense hatches, and when barely anything was hatching at all.

Read Next: 7 Great Trout Flies You Can Tie Using Wild-Game Fur and Feathers

The Klinkhamer Special is also an elegant fly, with a very appealing simplicity of design: dubbed abdomen, peacock herl thorax, wing post, hackle—that’s it. It can be customized in terms of size, color, and materials. Like any parachute-style pattern, learning to wrap a hackle around a wing post can be tricky, but comes with practice. There are lots of good videos showing how it’s done, including this one by Hans van Klinken himself: