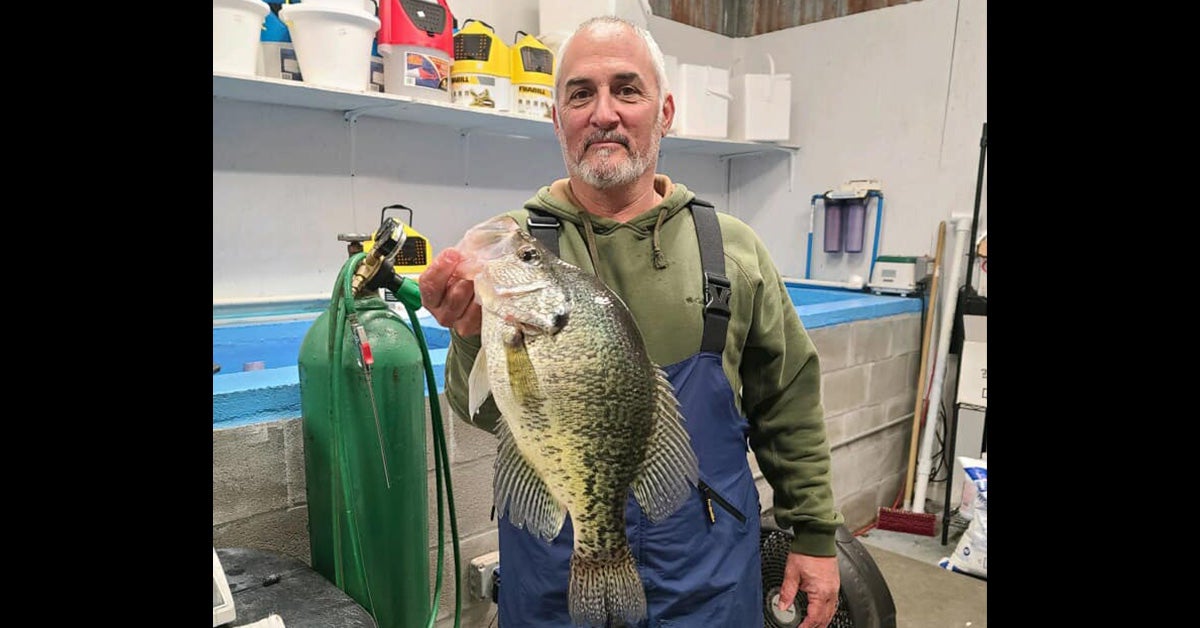 A Louisiana angler made the most of a second chance at a whopper panfish, reeling in a 3.65-pound white crappie that ranks as the second-largest ever taken in the Bayou State. Shane Hodge caught the fish on February 27 while fishing with crappie pro Steve Adams.

Hodge and Adams, both of Farmerville, were targeting dense cover at Bussey Brake Reservoir in Morehouse Parish, where the crappie had bunched up before the spawn. “They are up in that thick, thick brush getting ready to spawn and it’s hard to get a boat up in there where they are,” Hodge told the Daily Iberian. “It’s also hard to even get bait up in there. If you make too much noise trying to, you spook the fish off.”

But Hodge and Adams noticed the big fish were venturing out into open water to gobble shad, then ducking back into cover. Hodge and Adams were able to capitalize by fishing the open water adjacent to the thick cover. First, Hodge boated a 2.86-pounder, a new personal best, using a 1/16th-ounce black-and-white hair jig he tied himself. Then Adams hooked a big crappie and nearly boated it before it threw the hook. He got a good enough look to know that it was a monster.

Using their fishfinder, the anglers were able to spot the big fish heading back into the brush. “Steve threw a bait at [the fish] again but it didn’t bite, so Steve told me to cast at it,” Hodge told the Daily Iberian. “I flipped my jig out there, and [the fish] ate it. We knew it was a big one but had no idea how big until it came up and rolled on its side.”

After weighing the fish on a portable scale they knew it was within striking distance of the state record, a 3.80-pound white crappie caught by Tim Ricca in 2010 on Lake Verrett. They returned to Farmville, where they weighed both of Hodge’s catches on certified scales before releasing them. Though the official weight came up a couple of ounces short of Ricca’s record, the experience left Hodge ecstatic. “This was one of those days that you dream of,” he said.

As for Adams, who originally lost the big crappie during the fight, he returned to the same stretch of water the next day and caught a 3.57-pound slab—the fourth largest crappie ever caught in Louisiana.