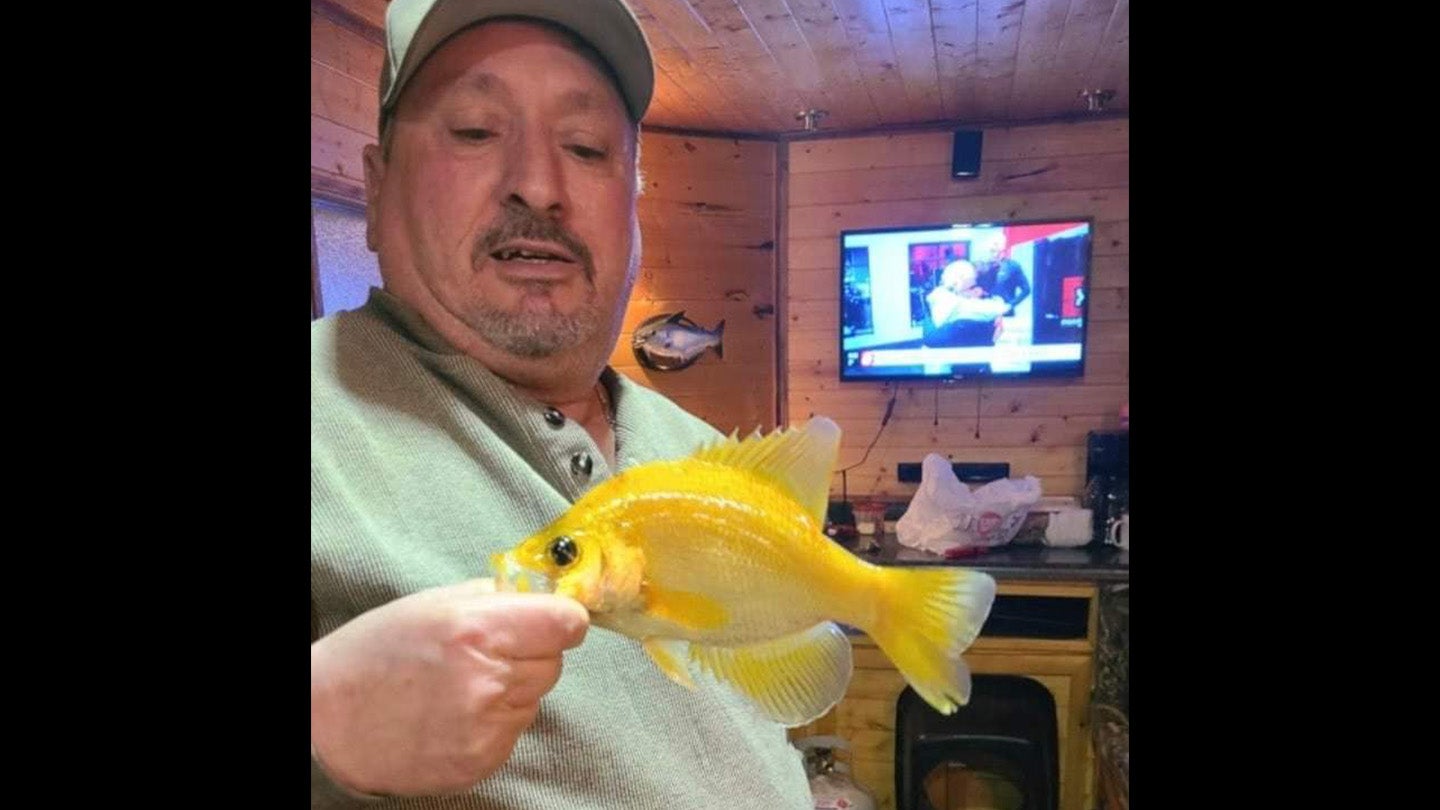 Minnesota angler Rick Konakowitz couldn’t quite tell what he had on the end of his line. He was ice fishing for crappie and walleye last Wednesday at Clear Lake, near the town of New Ulm. Konakowitz says he had already caught at least one crappie—when he says another fish struck his Glow Devil lure. Konakowitz was surprised by the fish’s bright yellow hue when he brought it to the surface.

“I thought maybe it was a sunfish due to the color, but after I got it out of the hole, I thought it had the body of a crappie,” he told FTW Outdoors. “I was a little perplexed.”

After sharing photos of his strange catch on social media, Konakowitz leaned that he’d landed a rare a “golden crappie,” which is more properly called a “xanthic crappie.” Xanthism is a genetic mutation in which an animal’s typical coloring is replaced largely by yellow pigments.

Xanthic fish are “extremely rare in wild populations,” Dr. Alec Lackmann, a postdoctoral researcher at the University of Minnesota Duluth, told KSTP.com. “It was pretty striking to see such a vividly bright orange golden color like that.”

Read Next: Grandpa and Grandson Haul In Two Sniper Rifles While Magnet Fishing

Loren Miller, a fish geneticist for the Minnesota Department of Natural Resources compared catching a golden crappie to winning the lottery. Both Miller and Lackmann were surprised that the 9-inch-long fish had survived long enough to grow to the size that it had—since it surely stood out like a sore thumb to potential predators in a natural environment. Both fish experts believe that the fish’s presence suggests that there may be more golden crappies to be caught in Clear Lake. Meanwhile, Konakowitz is planning to get a replica mount of his once-in-a-lifetime catch.