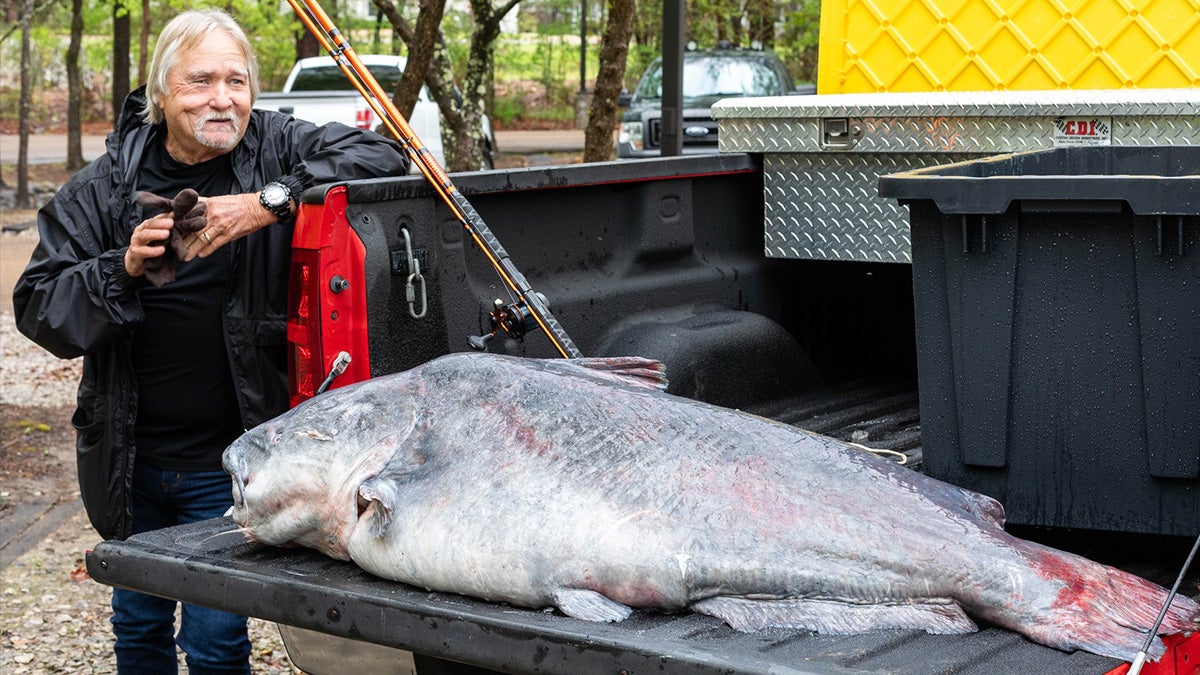 Eugene Cronley of Brandon, Mississippi recently came home from the Mississippi River near Natchez with what he aptly called “a fish of a lifetime”—a 131-pound blue catfish. It’s the biggest catfish ever caught in The Magnolia State by far. “The fish shattered the previous rod and reel record of 95 pounds caught by Dakota Hinson in 2009,” explains the Mississippi Department of Wildlife, Fisheries, and Parks Fisheries Bureau (MDWFP) in a Facebook post announcing the record. “[Cronley’s fish is also] larger than the trophy record blue catfish of 101 pounds caught by the team of Freddie Parker and Brad Smith in 1997. Interestingly, both of those fish were also caught from the Mississippi River near Natchez.”

Cronley caught the giant catfish on April 7, 2022, while using skipjack herring as bait. He says that it took him forty minutes to fight the fish. The MDWFP announced that it had certified Cronley’s fish on April 11. With the fish, Cronley toppled a highly sought-after state record that stood for 25 years.

According to the National Oceanic and Atmospheric Administration Fisheries, blue catfish are native to the Mississippi River basin from western Pennsylvania to southern South Dakota. The members of the species can live for up to 25 years and grow to over 5 feet long, though the average specimen is closer to 2 feet. As evidenced by Cronley’s recent catch, the species can grow to well above 100 pounds, though fish this size are exceedingly rare.