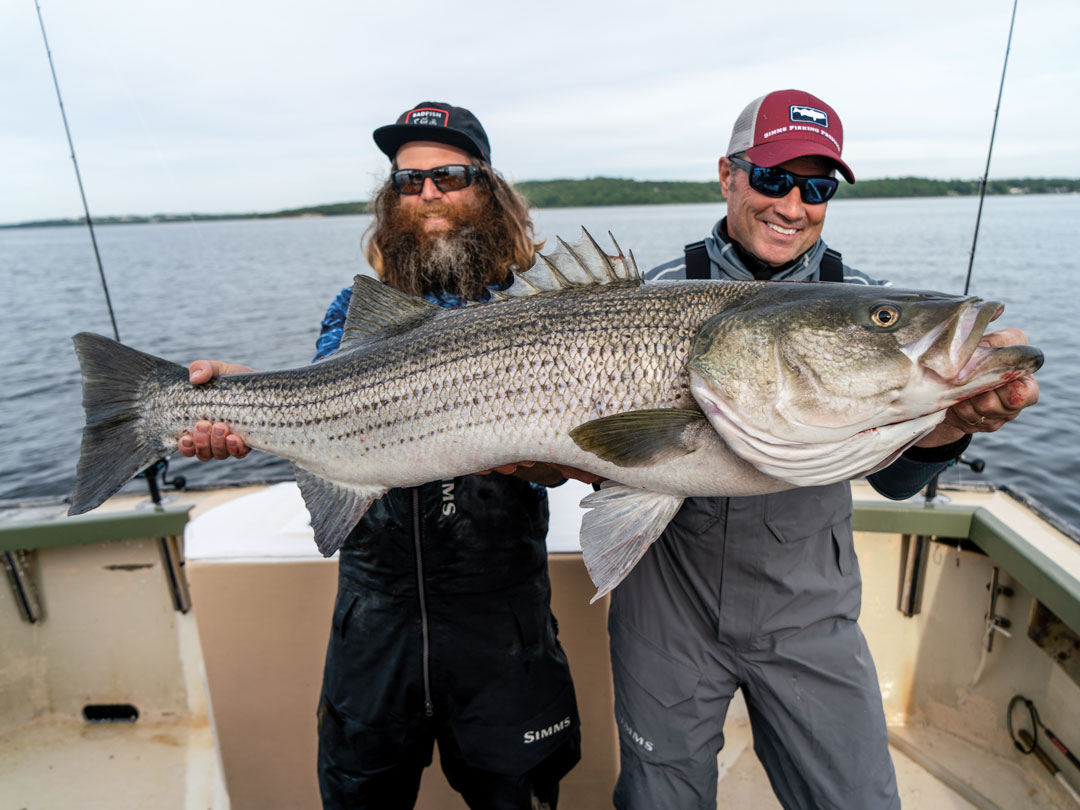 It was a busy year in the OTW Video Department, putting out somewhere in the neighborhood of 75 videos, not to mention all the TikToks, Reels, and YouTube shorts that the kids are all watching these days. Big thanks to everyone who watched, liked, and commented on our videos in 2022. As the year comes to a close, we pulled together a list of our most viewed videos by category from the past 12 months.

We can’t wait to serve up more Northeast fishing content in 2023, so if you haven’t yet, be sure to subscribe to our YouTube Channel, so you don’t miss a video. – OTW Producer, Adam Eldridge

We switched things up with this year’s Striper Season Update Series. Instead of Jimmy Fee, Kevin Blinkoff, and Andrew Burke musing about all things striper, OTW Assistant Editor, Matt Haeffner took over, interviewing striped bass anglers from throughout the Northeast each week during the spring migration. The most viewed episode was no surprise, as Matt talked with legendary author, YouTuber, and angler John Skinner.

We kicked off the On The Water Podcast in May 2022, and over the course of the year released 13 episodes on Apple, Spotify, and a video version on YouTube. Our most-viewed podcast featured Dustin Stevens and Jonny Rego talking Rhode Island Kayak Fishing, and was led off by Chris Megan, Kevin Blinkoff, and Jimmy Fee airing their fishing pet peeves.

Look for the OTW Podcast to come back on January 9, releasing a new episode every other Monday in 2023.

We added some great videos to our how-to and instructional library in 2022, tapping some top captains, including BJ Silvia and Dom Petrarca, for their insights. The most viewed was Captain Jeff Viamari showing how to tie his favorite fluke rigs for fooling doormats on Nantucket Shoals.

At The Rail Ep. 8 – Yellowfin Tuna on the Helen H

We’re still in the process of releasing the latest batch of episodes of our party boat fishing series, At The Rail, but in terms of big fish and fast action, the tuna fishing episode is going to be tough to beat.

Living Off The Land and Sea 9 – Wading For Fluke

This year, we teamed up with Bubba to produce more episodes of Andy Nabreski’s Catch and Cook Series, Living Off the Land and Sea. The most viewed episode from 2022 was some back-bay fishing for summer flounder, serving them up stuffed with a side of sea beans.

In this episode of OTW TV, Captain Rob Taylor displays a new-to-the-Northeast technique of chumming with live bunker to put big stripers in a feeding mood.

And here’s a couple videos that you probably didn’t see, because not too many people did, but we think they deserve more views.

How to Make an Assist Hook

Jimmy made me add this one to the list, because, as he put it, it “completed his character arc” in his 2022 tuna slump. He lost a tuna to a failed assist hook, then began making his own, which is much easier than you’d think. We then filmed a tutorial on how to make your own assist hook. Here it is:

Living Off the Land and Sea 7 – Grilled Stuffed Squid

This episode of Living Off The Land and Sea showcased some killer daytime squid fishing with Captain Diogo Godoi of Gorilla Tactics Sportfishing, and a recipe that takes squid beyond the standard fried calamari.