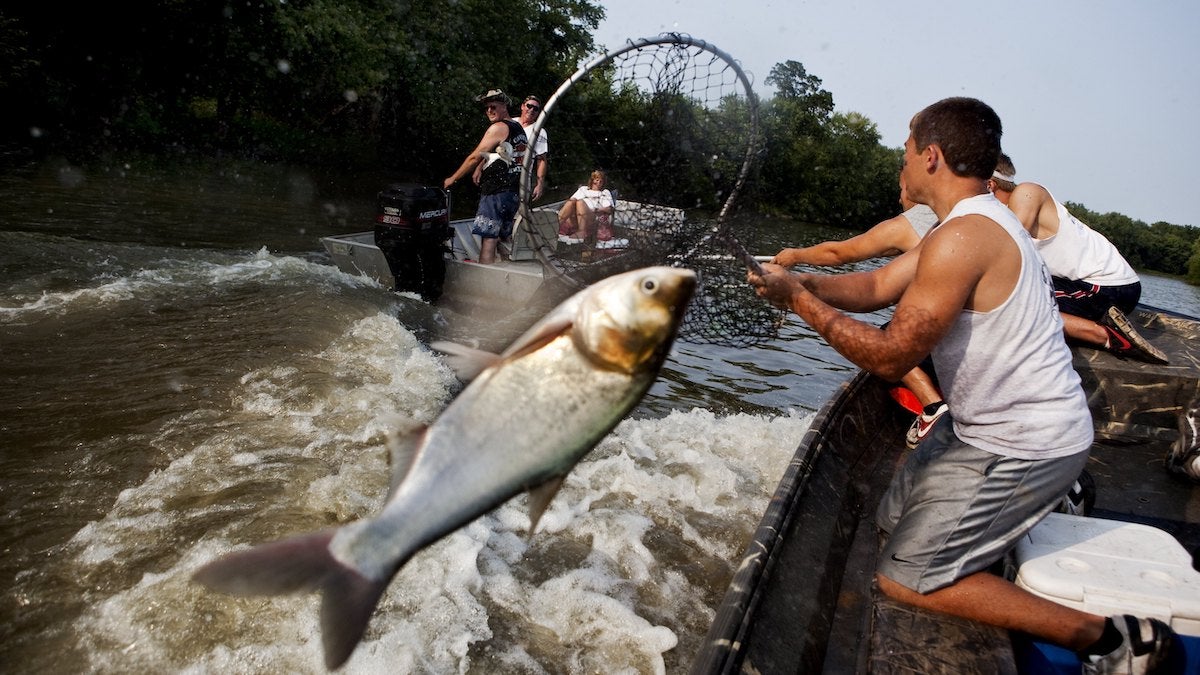 It just goes to show that you, too, can become famous if you have a big heart, a love for the environment, and start a weird fishing tournament that is won by someone brandishing a big dip net and, as likely as not, wearing a hockey mask. That’s what’s happening to Betty DeFord, who started the Redneck Fishing Tournament on a channel of the Illinois River in Bath, Illinois, in 2005.

On April 6, the Illinois Conservation Foundation will induct DeFord into its hall of fame for raising public awareness about the dangers of Asian carp.  “It’s a tremendous honor to get this recognition,” DeFord told the Journal Courrier. “From the beginning, this tournament has always been a community event. I’m thrilled and thankful that people are coming together to keep it going.” Due to medical issues, DeFord is stepping away from the tournament. But organizers like Nikki Gregerson are filling the gap and making sure the Redneck Fishing Tournament lives on.

The tournament doesn’t allow poles and hooks. Instead, contestants arm themselves with the nets and go out in motorboats. The noise of the motors prompts silver carp, a kind of Asian carp, to leap out of the water. Once airborne, they are scooped up in nets. Trouble is, silver carp get big. An average one measures 24-39 inches, but they get considerably bigger—up to 55 inches—and can weigh 100 pounds. A fish like that flying through the air can hurt you. Bruises and broken noses are commonplace, hence the hockey masks and other protective gear. In keeping with the redneck theme, many teams go shirtless and wear overalls. Pair that with a hockey mask, a football helmet, or, like one year, a Darth Vader costume, and you’ve got a look that folks remember.

That first tournament, in 2005, attracted 200 participants. From there, attendance grew, attracting participants from as far as Europe and Asia. In recent years, Covid has led to the tournament being postponed. But in 2018, more than 5,300 fish were removed from the river. Earlier tournaments caught more than 10,000 silver carp. That’s a lot of fish. In a YouTube video one participant said that there was someone offering fried silver carp, but noted that the fish are quite bony. He said he’d just stick to catching them. DeFord has contributed the proceeds to various charities, including one for homeless veterans.