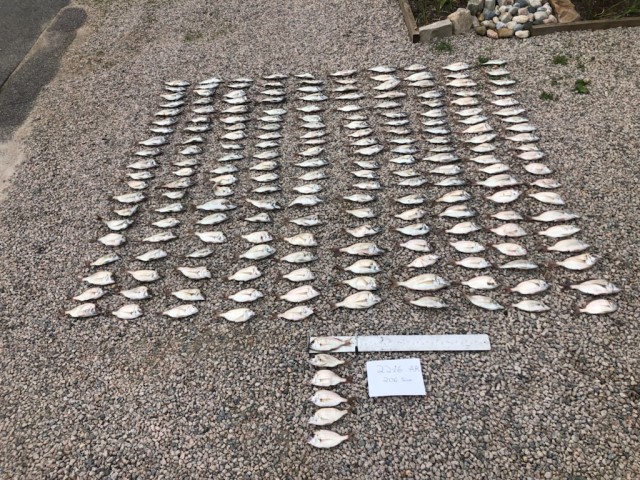 (Above) Photo courtesy of Rhode Island’s Department of Environmental Management

Last week, Environmental Police Officers (EPOs) in Rhode Island were performing a routine patrol when they came across a vessel just off of Napatree Point. Upon further investigation, the EPOs discovered a total of 206 scup on board; for a boat carrying only three licensed anglers, that’s 116 fish over their collective 90-fish limit, per DEM regulations.

According to EPOs, one of the poachers had a bench warrant out for failure to appear in court for a summons from a separate fisheries violation. That individual was arrested, and the vessel’s operator was given a civil citation for a boating safety violation, along with a district court summons for both exceeding the daily possession limit of scup and possession of undersize scup.