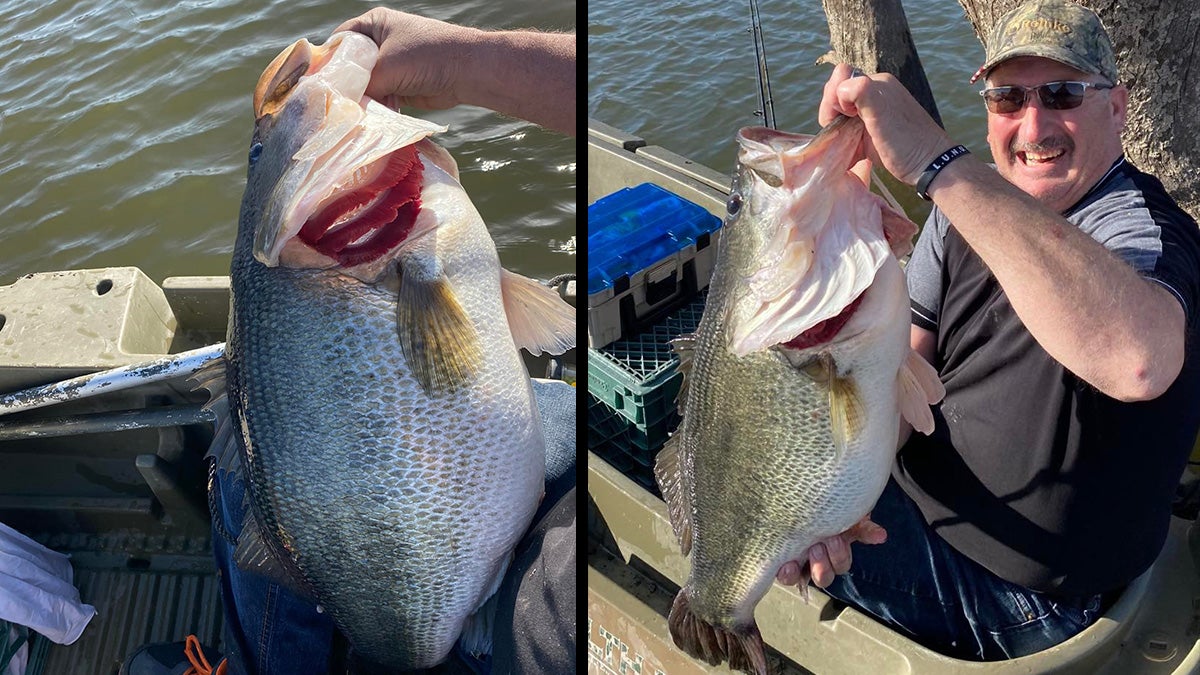 Scott Flitcraft went out fishing on Lake Isabella on April 25 in search of crappie—and ended up sticking a trophy largemouth bass instead. Flitcraft was fishing out of Stealth 1200 Sneakboat/Kayak. He rigged up two rods before the outing—one with a crappie jig and the other, a plastic worm. He started working the worm through a cluster of trees that protruded from the lake’s low water—when the line went taught. At first, Flitcraft worried he’d gotten snagged on a submerged branch but soon, he felt the fish pulling back.

Flitcraft knew he’d hooked into a big bass, but it wasn’t until the fish reached the surface that it really started fighting and ripped line from his reel. “After what seemed an eternity, the big fish came alongside my little boat and I was able to reach down and grab hold of this massive bucket mouth,” he told Western Outdoor News. “My whole hand easily fit inside its mouth. I was in shock and really didn’t know how big this fish was, and as luck would have it, a bass fisherman was passing by, and I asked if he had a scale and if we could weigh this fish.”

The passerby helped Flitcraft weigh in the fish, which tipped the scales at a whopping 16.75 pounds, according to a post on Flitcraft’s Facebook page. It’s the biggest largemouth bass Flitcraft has ever caught. After snapping some photos with the pre-spawn bass, he released it back into the lake.

Lake Isabella is one of several big bass hotspots in Southern California—a region that was home to a 25-pound largemouth bass that was almost a world record. (It’s a long story, read it here.) Lake Isabella was first stocked with Florida-strain largemouth bass in 1972, and quickly become a world-class bass fishery. Today, most anglers target fish in the 5- to 10-pound range, though Flitcraft’s recent catch is proof that the lake still offers the potential to hook into a true trophy bass.