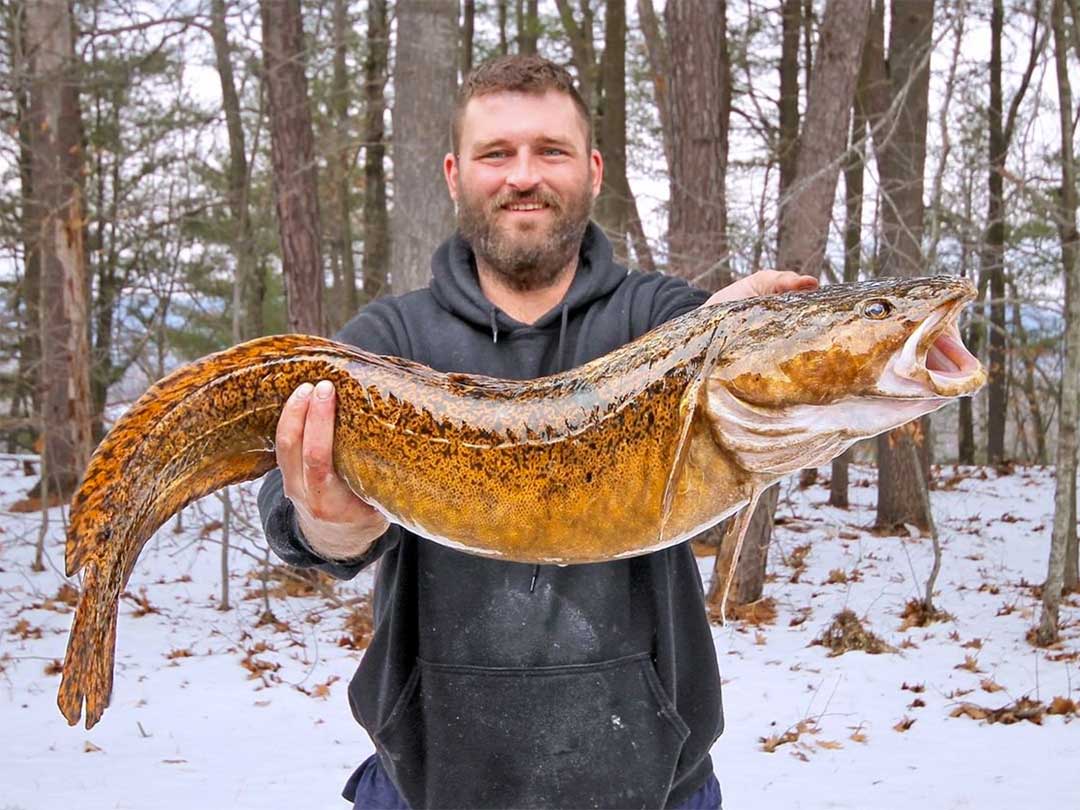 It’s ice fishing season in New Hampshire, and one angler recently pulled a new state record fish through a hole in the ice. On January 13th, Ryan Scott Ashley of New Hampshire caught a massive, nearly 3-foot-long burbot (also known as cusk). The fish weighed in at a hefty 12-pounds, 8.48 ounces, breaking the previous state record by 6 ounces.

An average cusk weighs about 4-5 pounds, and measures between 12-24 inches in length. The official measurement of the new state record is 35-inches in length, almost an entire foot longer, and over double the weight of an average cusk. Cusk (burbot) are not an uncommon catch in New Hampshire. According to New Hampshire’s Fish & Game Department, they’re one of the few freshwater fish that actively spawn in in mid-to-late winter under the ice. Their shallow spawns and flavorful, white meat makes them a great target for anglers looking to keep busy through the winter, and fill the cooler while they’re at it. The burbot bite typically lasts through the winter, as they will actively feed before and after they spawn.

The added bonus of ice fishing for burbot has got to be the fight in these fish. A freshwater relative of ling, they’re strong fighters and dwell at depths up to 328-feet. The record fish was caught in Lake Winnipesaukee, New Hampshire’s largest lake which has a maximum depth of 180-feet. If you plan on ice fishing for cusk in New Hampshire, the last date you may legally take any species while ice fishing is March 31st.