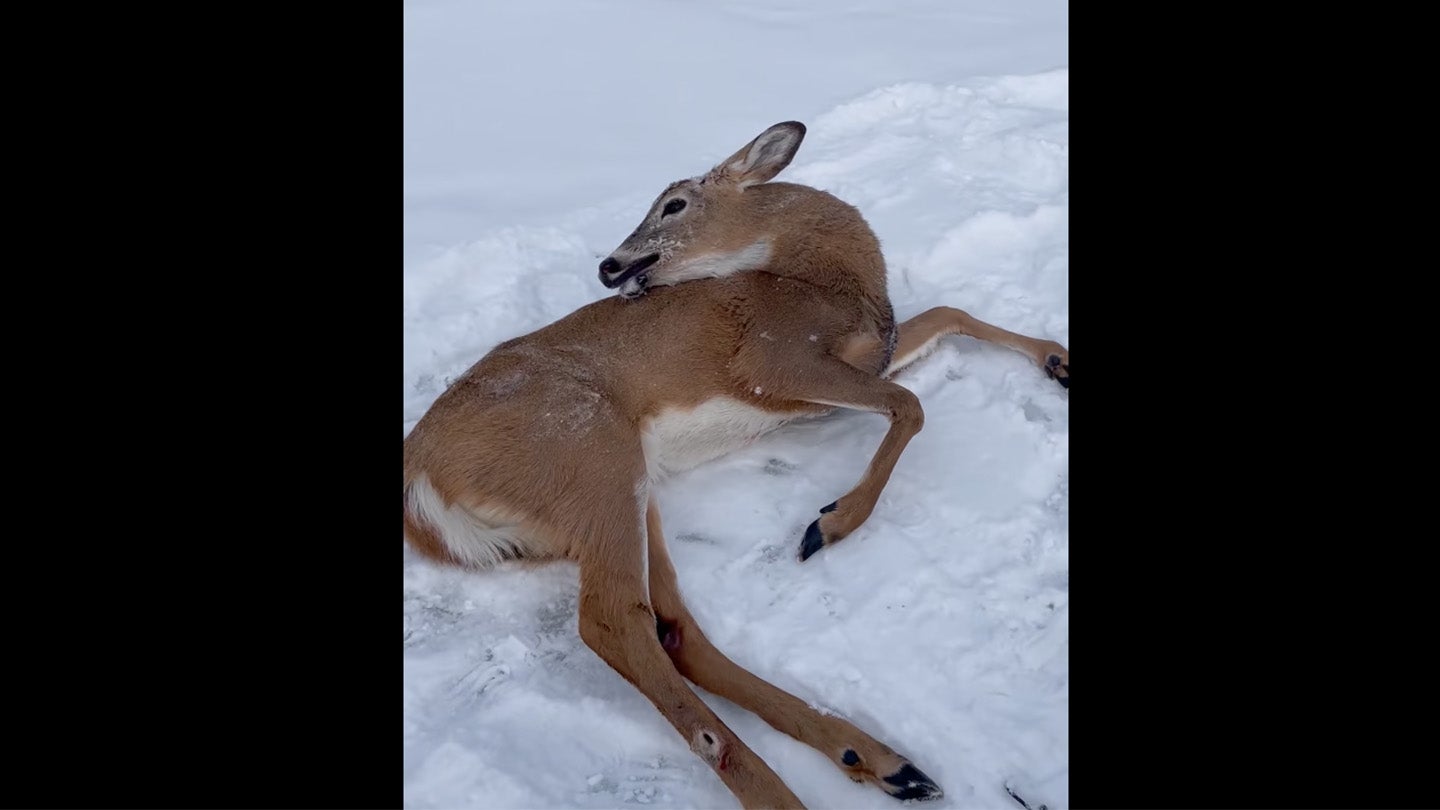 It was a slow day of ice fishing for Vermont country club superintendent Tom Ayer last week, but he and his buddies still managed to catch a whitetail deer. The men were finishing up an otherwise uneventful outing off the shore of Lake Champlain near Burlington when they noticed a dark spot far out on the ice. It wasn’t moving, but Ayer had a feeling it might be a deer. The anglers drove their four wheelers across the lake, and, sure enough, they found a young whitetail deer sprawled out on the ice, too tired to stand.

It’s not unheard of. The week before in nearby North Hero, the fire department employed an air boat to rescue four deer from the ice. (One died after the retrieval and two others had to be euthanized, the meat donated to area food shelves.) Deer wandering frozen lakes in winter can encounter sections where the wind has blown the snow off the surface, exposing bare ice. They slip and fall again and again, sometimes reaching a point of exhaustion.

But Ayer’s friend, Adam Poplawski, felt this deer still had a chance, if they took action. “I knew that it wasn’t going to get out of there on its own. Chances are it was going to get killed by something or itself, so there was no reluctance, it was let’s go help it,” Poplawski told WCAX news.

The fishermen had their vehicles and a sled, so instead of calling the fire department, they called a game warden with Vermont Department of Fish and Wildlife for advice. As a rule, the department discourages interaction with wildlife, but the warden deemed it appropriate in this case. “He said [the deer] would probably blat and make a lot of noise and to be careful of its back legs. But once we got it secured, it shouldn’t be a problem,” Ayer told WCAX.

The team tied the deer’s front legs first, carefully secured the back legs, then dragged the compliant animal onto their sled, where one of the fishermen accompanied it on the mile-long ride back to the shore. There, after its release, the deer lay in the snow for quite a while, its neck arched back, head resting on its own shoulder, chest heaving. But after a few minutes, it scrambled to its feet and ran into the woods. Ayer later posted the video above on his Facebook page.